« 4 Most Common Ways People Chip Their Teeth Can Dental Implants Get Diseased? »
Posted on: August 19th, 2020 | Posted by Warshauer & Santamaria | Posted in Uncategorized 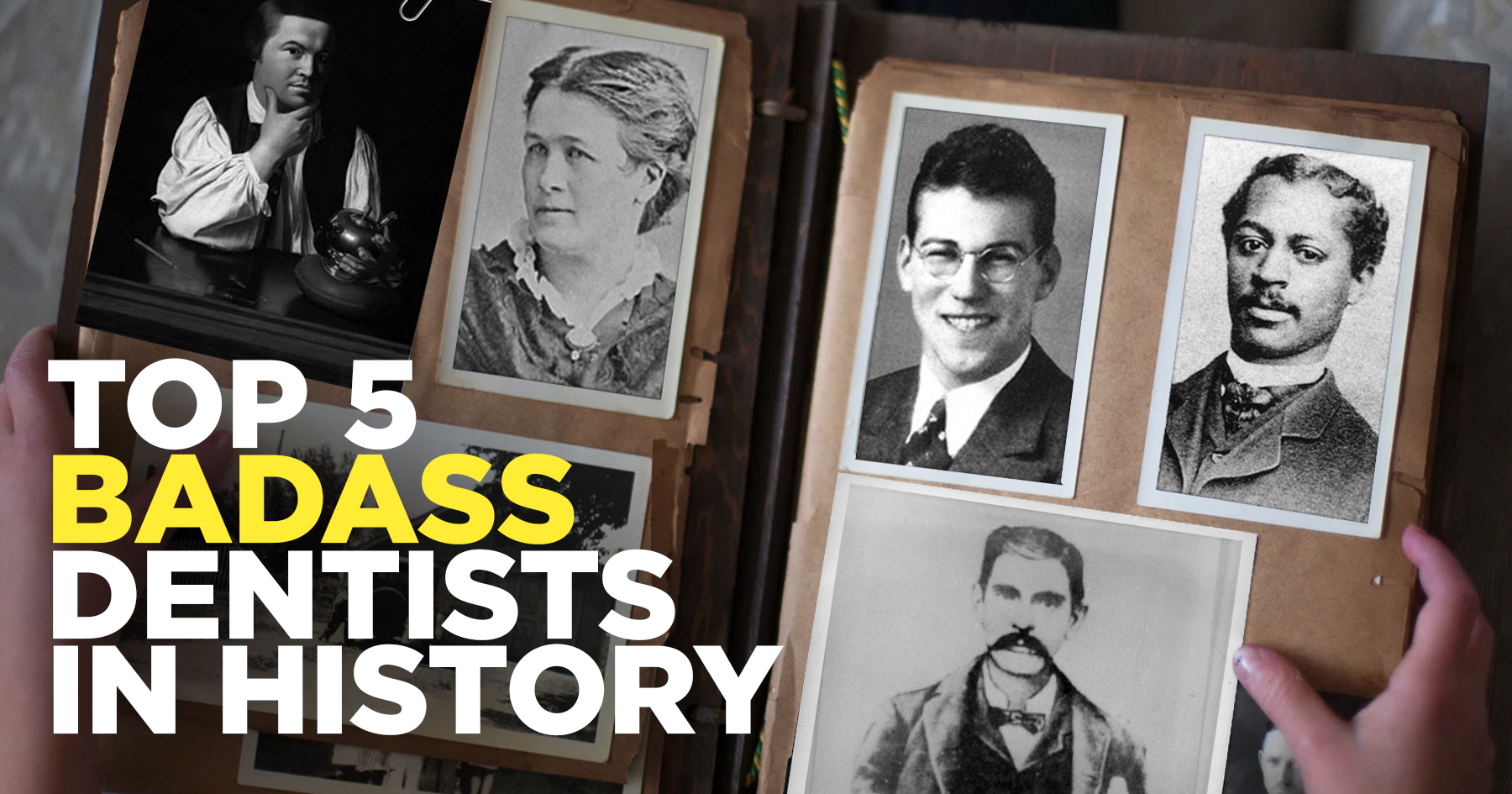 There are some historical badasses, some of which you may have even heard of, that also happened to be dentists. We’ll start with the most famous and work our way down.

Paul Revere – This Patriot that played some key roles in the American Revolution was also a dentist for a short period of time. His dental tools are preserved to this day and you can still find old newspapers that advertise his dental services. Aside from his role in the revolution, he’s also known for being a master metalworker, being the first American to successfully roll copper into sheets.

John Henry “Doc” Holliday – This gun slinger, along with Wyatt Earp, is known for his role in the infamous O.K. Corral gunfight. A lesser known fact is that he graduated with a degree in dentistry at the age of 21 and set up shop in Georgia, before moving to Arizona to make a living as a professional gambler. Surprisingly, he didn’t die in a gunfight – it was tuberculosis that finally got him.

Robert Tanner Freeman – Fighting discrimination, he was one of the first people to enter Harvard’s fledgling dental program. He was also the first black person to get a dental degree in the US. Unfortunately, he passed away from the plague only 4 years after graduating. Still, his legacy helped establish and normalize the acceptance of black people in American dental schools.

Lucy Hobbs Taylor – As a woman in the mid 1800s, she faced discrimination, being rejected from Eclectic Medical College in Cincinnati due to her gender. Undeterred, she sought mentorship and tried again, this time applying to Ohio College of Dentistry, where she met the same discrimination. She sought some more private mentorship to complete her training. She then moved to Iowa where she could practice dentistry without a degree. When the Ohio College of Dentistry finally started allowing women into their program, she signed up and became the first woman in the world to graduate from a dental college.

Benjamin Lewis Salomon – He started off as an army dentist during WW2 but replaced a surgeon in his battalion after they were wounded, placing him on the front lines. On a day of particularly fierce fighting, his position was overrun and he picked up a gun to defend the field hospital as enemy combatants tried to enter. He held the enemy off as the wounded were evacuated but was eventually killed. He was later found with 98 enemy troops piled in front of him and his body contained multiple bullet and bayonet wounds. For his service, he was awarded the medal of honor.

While we may not be as badass as these dentists, we like to think we’re all badasses in our fight against tooth decay. We don’t expect any medals, we just want to care for your teeth.